As we get closer and closer to the opening days of the 2014 Winter Olympics in Sochi Russia — and the controversy surrounding the Olympic games this year — it has become apparent that many visitors may have some preconceived notions about the country that are just simply untrue. So, in the spirit of setting things straight, I’ve put together a list of the top 10 myths about Russia. Hope this helps clear the air for any travelers heading to the country for the Olympic games or just to check it out! 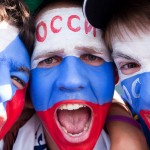