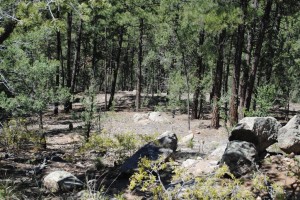 I love Colorado – the place is absolutely gorgeous. I’m still reeling from my time spent at the Red Rocks venue, it was like seeing one of my favorite artists inside of a painting.

Now unfortunately I arrived a little too late and with too little time to do any snowboarding out here. I have friends that moved to Colorado strictly for that reason – my friends Alice and Jacob, who have dated for about 4 years and recently became engaged, are absolute snowbirds.

Turns out Jacob proposed to Alice during the season within their favorite lodge, over at Copper Mountain. I saw the photos and they’re priceless – the look on Alice’s face is just too much! So happy they didn’t mind shacking up with me so recently after they celebrated their engagement.

So since skiing and snowboarding was out – thanks a lot, work! – we had to look elsewhere for good times. We like to be active so Jacob suggested we try something that combined some nice trailhead and general mischief – Battlefield, an outdoor laser tag arena.

I’ll go ahead and tell you right now, I wasn’t cut out for war games of any kind. It’s a good thing I never had a budding interest in joining the military – as a dainty little flight attendant, I just don’t think I’ve got the chops. Needless to say … my experience with laser tag was an exercise in amateur hour.

Jacob had the benefit of knowing the venue pretty well, so Alice and I stuck closely on his tail. There were a gang of teenagers – maybe 13, 14 – that were lighting the entire place up. I got caught in their stream of lasers at one point and my gun wasn’t working – I was a sitting duck. Thankfully, Alice came just in time to send them back on their heels until I recovered.

Okay, so I’m a dork, but I was more into the sights than the activity – most of the time I was being shot at I was just gazing around, looking at the different plants. At one point I made friends with a little jackrabbit, he was only inches away from me! Like I said, I would immediately become a prisoner of war if it were me on the front lines.

Laser tag is not something I’d have predicted doing before I arrived. It’s always so nice to indulge that inner child, the inner child that never truly goes away!