Jet Lag Syndrome or called Jet Lag Disorder is a sleepiness related disorder causing daytime fatigue. It results from crossing too many time zones in a very short amount of time. This is because fast travel can change your internal body clock responsible for telling you when to be awake and when to sleep. This can result in knock-on effects such as sleepiness, an upset stomach and problems staying alert. While jet-lag disorder is quite temporary it can ruin a business trip or holiday, therefore management techniques and remedies been developed to attempt to cure the medical condition. Simply put: Jet Lag is the disruption to sleep or action patterns and the ability to be awake and function effectively. 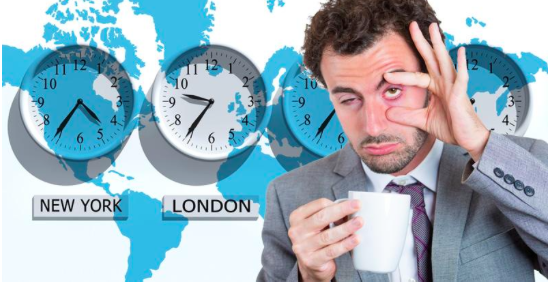 Inside your body and brain is an internal clock called the circadian rythmn, responsible for sleep/awake cycles. It is driven by direct sunlight onto the retina which in turn produces melatonin in the pineal gland inside the brain. This complex regulatory system is responsible for when you feel like sleeping and when you feel awake and alert.

Jet lag can happen anytime you cross at least two time zones. Jet lag happens because crossing multiple time zones sets your internal clock or circadian rhythms, which govern your adrenal cycle out of sync with the time in your new area. An integral influence on your inner clock is sunlight. That’s because Light influences the regulation of melatonin, a hormone that helps synchronize cells through the body.

Pineal gland, a small organ located in the mind, to release melatonin. During daylight hours, the reverse happens, and the pineal gland produces very little melatonin. You may be able to facilitate your adjustment to your new time zone by exposing yourself to daylight at the new time zone provided that the timing of light is completed correctly.

Jet lag is generally experienced as sleep difficulties for a few days after a flight. Travelling westwards, we will often wake up early after a short sleep. Travelling eastwards , we might have troubles getting to sleep at the ‘normal’ time in our destination time zone. When we have not slept on the flight, we will be sleep-deprived and the very first night we may sleep fairly well as our entire body catches up on its sleep. However, the rhythms of sleepiness, alertness, body temperature, the hormone cortisol and many other rhythms controlled by the inner clock won’t yet have realigned with local time. This implies we may feel tired, cold and ‘under par’ through the subsequent daytime and have problems sleeping the next night in the destination time zone.

Jet lag is not technically a disorder; It’s a temporary and completely reversible condition. However, it’s a (temporary) type of circadian rhythm disorder and, as such, any persistent sleep problems may be diagnosed in precisely the exact same way as this disease (see the article on circadian rhythm sleep disorders).

Shift work sleep disorder is related to jet lag. Changing work time From day shift to night shift leads to misalignment of the internal clock with the desirable work–sleep schedule, with essentially the same effects as time zone change. But whilst everyone eventually adapts to a new time zone supplying that they stay there long enough, some shift employees experience sleep problems whenever they change to night-time work. Many individuals don’t need treatment for jet lag and their bodies naturally adapt after a short period in the new time zone. 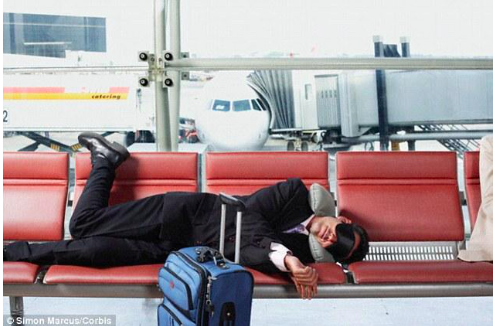 Timed exposure to bright light, prior to flying and for the first three For westward travelling, it is best to guarantee exposure to light in the late evening and avoidance at the early morning of the departure time zone. For eastward travel, vulnerability in the early morning or avoidance at the day of the departure time zone is greatest. But, there are no agreed guidelines on dose, type, strength or length of light exposure.

It’s not worth trying to adapt the entire body clock for a short stay a number of changes of time zone with short stopovers (frequently experienced by long-haul pilots) are also difficult. For those who know they suffer badly from jet lag, then it is worth trying to alter internal clock timing before passing. This can be carried out by sleeping increasingly earlier (going eastward) and progressively later (going westward) through pre-departure days, in precisely the identical time utilizing melatonin and bright light therapy based on specific directions. If you do find yourself struggling to sleep earlier, you may wish to consider a sleep aid, like a great bottle of CBD gummies, to help you to drift off when you need to in preparation for your trip.

Melatonin can cause sleepiness for several hours following the dose. If Melatonin treatment or light exposure are wrongly timed, they can worsen jet lag. The reported side-effects of such doses of melatonin are very few, the commonest being some cases of nausea and headache. There are not any known long-term effects for jet lag in scientific literature.

Along with light therapy and/or melatonin therapy other treatments are being used to combat the symptoms of jet-lag, namely stimulants like Modafinil. CNS stimulants like modafinil will increase levels of alertness and will reduce sleepiness and general fatigue. This is an off-label use and is not yet FDA approved.

Modafinil can be purchased online in various forms:

Generally when buying modafinil online you will need a prescription. Personally I have experience with Modalert and find it to be the most favourable medication with regard to mitigating the fatigue and sleepiness resulting from jet-lag

The modafinil vendor shown as an example here is AfinilExpress, a reputable online pharmacy which supplies nootropics to the US, Canada, UK and Europe. Shipment time ranges from 7-14 days and with every order they provide live tracking updates. Their customer service was very responsive to my queries.