Who doesn’t love cheeseburgers? There is just something so delicious about a juicy burger that is dripping with cheese and covered with all of the fixings. You can always go through a drive-thru to get a cheeseburger, but if you are looking for the best, check out these restaurants around the country. 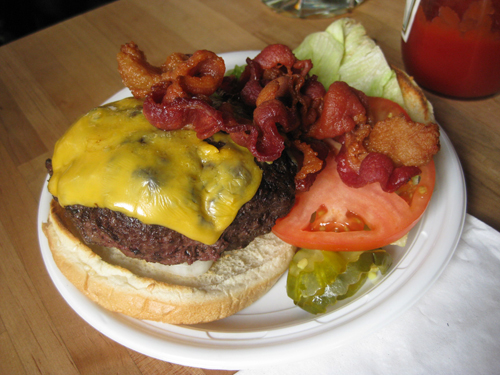 Corner Bistro is a well-known Greenwich Village restaurant that is home to some big burgers. All of the burgers are cooked under a broiler and covered in American cheese. It is served on a sesame bun complete with your favorite toppings, including bacon. Some of the older locals say that the burger isn’t quite as good as it used to be, but it is still one of the best burgers around. 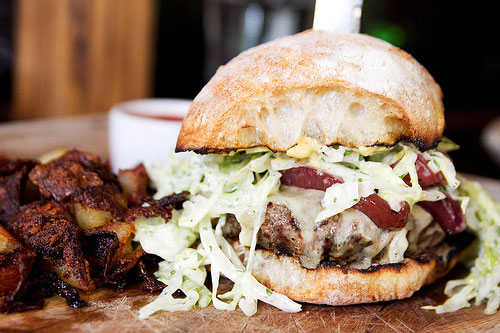 Back in 2006, Le Pigeon first opened in Portland and each night they only made five of their delicious cheeseburgers. But now they are being served constantly because they are that outstanding. The cheeseburger is made of a thick square patty from a local farm and seasoned with pepper and salt. It is then topped with Tillamook white Cheddar cheese, iceberg lettuce slaw, grilled pickled onions, mustard, ketchup (homemade) and mayo on a ciabatta bun. 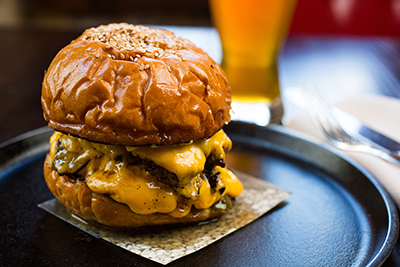 Are you a bacon lover? Then you have to try the cheeseburger at Husk in Charleston, South Carolina. The patty comes with bacon grounded right into the patty and is then grilled to perfection. The house-made buns are toasted and covered in butter and beef fat. The burger comes with not just one, but THREE slices of American cheese, bread-and-butter pickles, white onions, lettuce, fresh tomatoes (when in season) and a special sauce that is similar to Thousand Island.