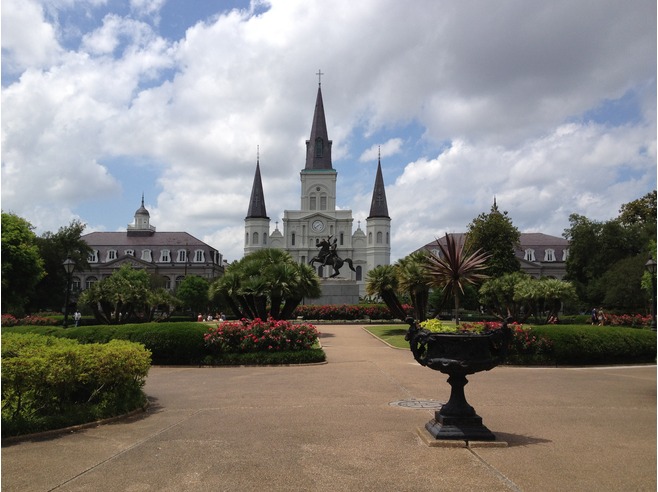 The New Orleans French Quarter is unlike anywhere you’ll ever go in the US. It’s the oldest neighborhood in all of New Orleans, the architecture is completely telling. Thankfully the area was largely unaffected by the devastation of Hurricane Katrina in 2005.

Thankfully New Orleans proved pretty resilient following one of the worst hurricanes in recent memory. It’s so impressive to see a city with such a rich community of people pull together to preserve the best this place has to offer. I know that it’s unlike any experience I’ve ever had, just walking around the streets here will drop your jaw in a heartbeat.

So yes, there was endless walking around today. My feet are pretty sore from walking around practically the entire French Quarter, but it was well worth it. It’s the type of thing that pictures just can’t really justify, you have to see it in person.

I think my personal favorite area of the French Quarter was The Saint Louis Cathedral. I had no idea, but when I looked up some information on it, I discovered it’s actually the oldest continually operating cathedral in all of the United States.  Most of the renovations that happened occurred sometime around 1850.

Might be a bit of a touristy trap, but the French Quarter is someplace I would always recommend to any first timer. It’s architecture and history as unique as other cities like New York and Chicago.