Russia is well known for their bustling party culture. The ever increasing profile of the Moscow nightlife is typified by underground raves and never ending after parties. Here are some of the best examples of the Moscow Nightlife, whether you are interested in a raucous party or a cozy bar Moscow offers something for everybody. 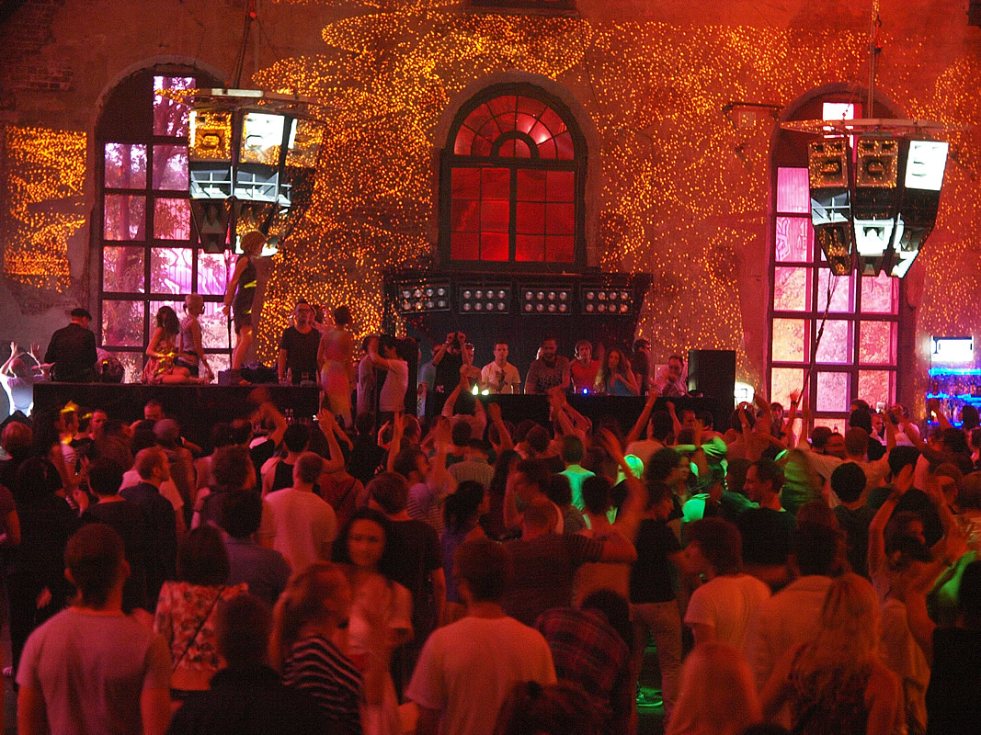 The world renowned Arma 17 is widely regarded as the best techno club in Moscow and frequently attracts Russia’s biggest names in the EDM scene. Performances by Ricardo Villalobos, M.A.N.D.Y  and DJ Richie Hawtin are common. The club is housed in a decommissioned factory with an enormous dance floor designed to fit 1,500 patrons.

Arma 17 is the only club is Russia listed among the best night clubs acoording to a DJmag poll from famous promoters, DJ’s and musicians. The club has even spread out to begin promoting music festivals and parties in Berlin, New York and Miami.

The cover for this club is about $15 and beers start at $4, not too shabby for an internationally renowned techno club. 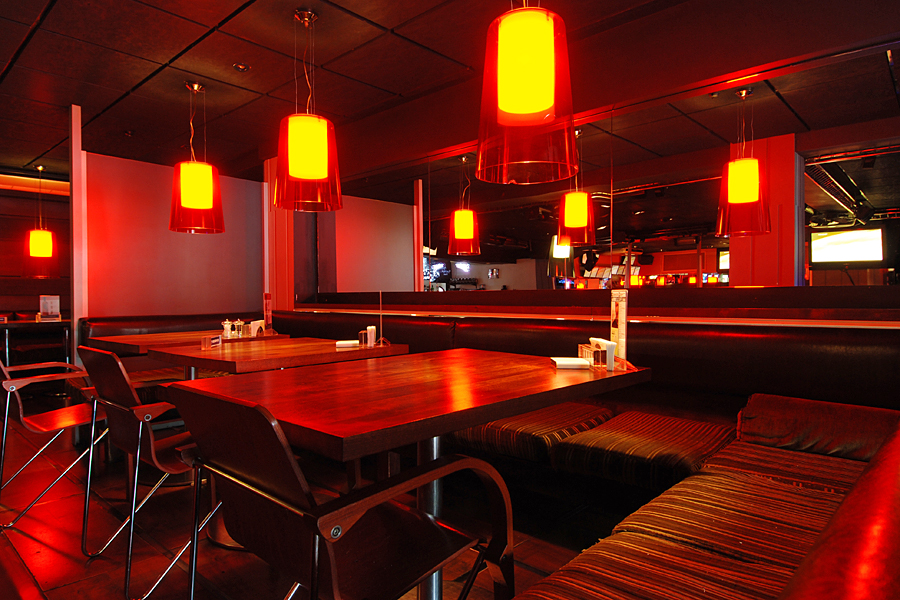 The energetic and fashionable MIO DJ CAFÉ offers a more comfortable atmosphere compared to the raucous parties hosted at ARMA 17. With a comfortable interior and host of international artists dropping by on the weekends to play exclusive sets Café Mio has is a great place to visit if you like dancing but can’t handle the insanity of a “rave”.

During the summer months a special terrace is opened to the public where you can order an affordable dish from the menu and surf the internet using free Wifi.

Several publications such as Time Out Moscow have heralded Café Mio for having the best cocktails in Moscow; with over 60 unique cocktails. The menu at Mio features a combination of traditional European menu with a light Asian accent. Fresh sushi, miso soup, tomato, and tomato gazpacho prepared in Wok.

During the weekends Mio converts into a full on night club which has featured sets from some of the biggest names in EDM including Tiga, Justice and Ladytron. 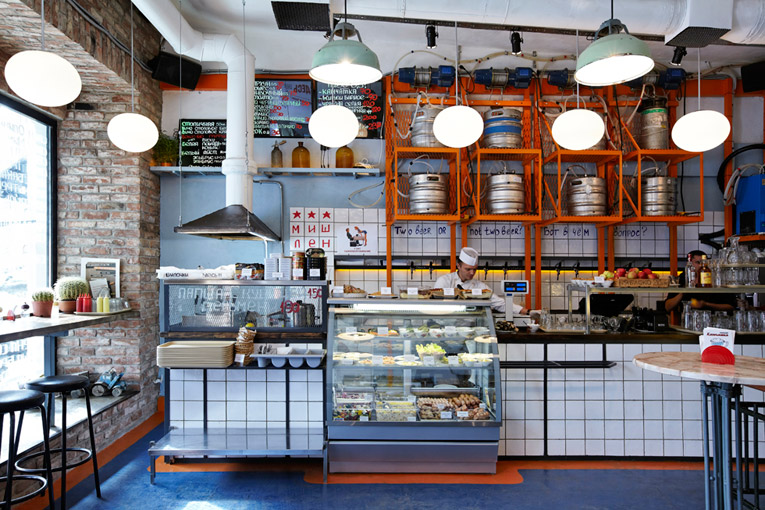 If you a really not interested in dancing the night away and would rather enjoy a couple of beers with some close friends than the Kamchatka pub is the place for you. Housed in front of the city’s most luxurious department store, TSUM, this two story bar, is decorated in the style of Soviet Russia.

Admittedly, Kamchatka is a bit of tourist destination as its menu features items eating during the times of Communist Russia. Their house beer is called Kamchatka and costs about $3 which is a steal even for Russia.

Kamchatka is an about 15 minute walk from the Kremlin and can be enjoyed during the day or at night. If you are interested in seeing what life what like in Soviet Russia even just for a few moments, give Kamchatka a chance. 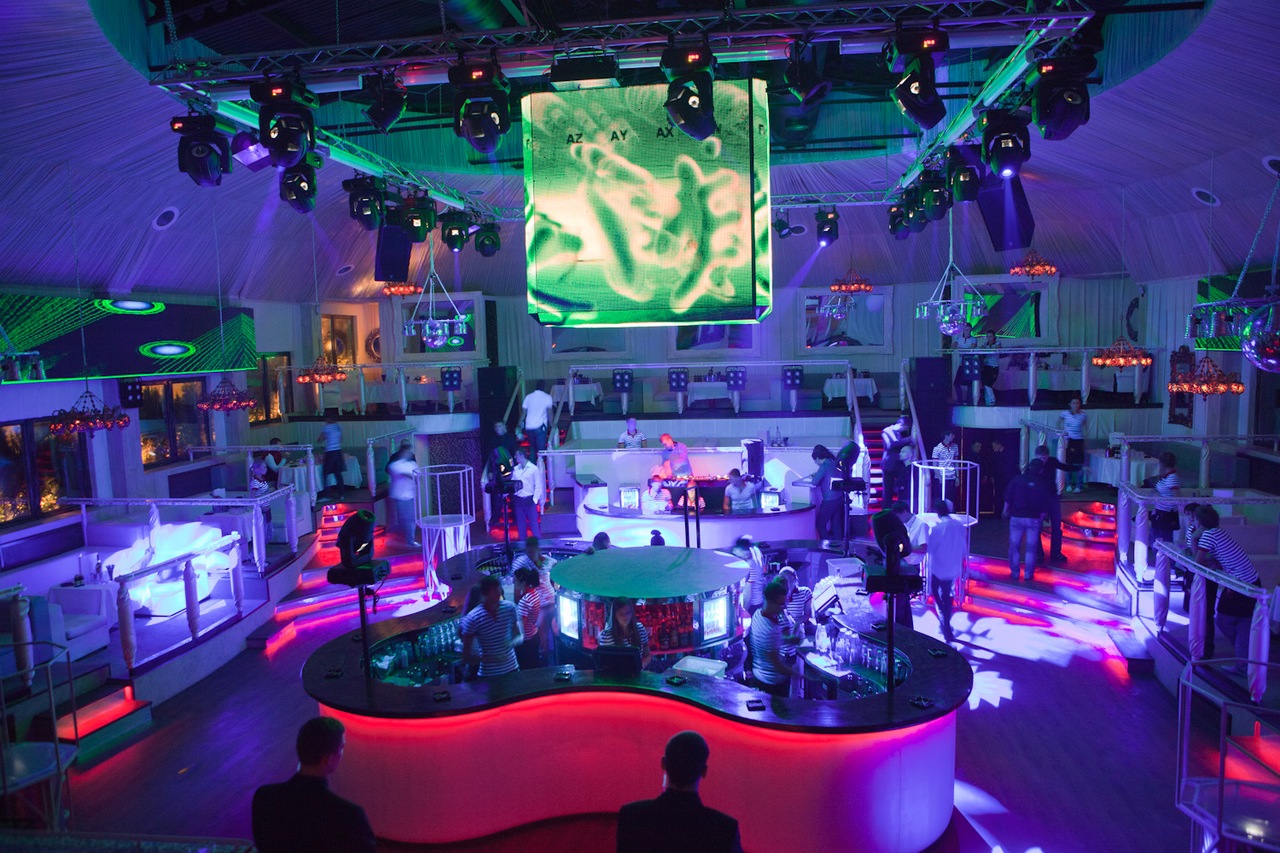 A relatively new club in Pushkinskaya Square, Posh Friends is a stylish club housed under the dome of a spacious tent. The club is located in the center of the city. Posh Friends creators have stated that the club is changing the meaning of a Russian night club.

“Today Moscow – this is one of the most exciting capitals in the world. Fashionable Moscow audience accustomed to the noisy and sumptuous party in Saint-Tropez and Courchevel. We hope that “POSH friends” will not only be an ornament of the capital, but also open up a galaxy of European-stylish and trendy places. ”

A local favorite and an urban landmark for the past 16 years, Propaganda is the longest running Moscow discotheque and is heavily favored by Moscow expats. Main events occur every Thursday night, when house DJ Sanches , spins his techno set for the coolest, hippest clubbers in town.

The dance floor is open to visitors daily and features different genres of music every day of the week. Fans of hip-hop and soul should visit Mondays and Tuesdays respectively, while the rest of the week features mostly techno and deep house sets.

Despite the recent controversy, Propaganda hosts the largest gay party in Moscow every Sunday with people flocking from all around the country to have some fun.

During the day, Propaganda operates as restaurant known for their low prices and delicious food. The Caesar salad is considered one of the best in the city. 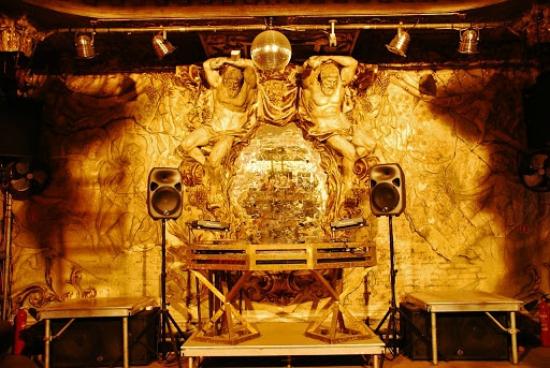 One of the oldest and most “Russian” clubs in the city, Jet Set features a lavish interior design with gilded statues, colorful lighting, and Modern Russian furniture. Not exactly my cup of tea but several of my friends have very much enjoyed their time at Jet Set. Designers “Club Rechnikov Workshops” have described the club as “techno baroque” and I couldn’t agree with the term more.

A great place for noisy friendly parties, the club is an overwhelming mixture of art decoration, expressionism and modernism.

Nightclub Jet Set has been 11 years, and during that time had presented some of the greatest moments for its guests. People have aptly called the Jet Set a “vacation club” where world trends meet with international DJ’s and the ever growing rise of Electronic Dance Music.