The summer months always bring some killer monsoons to the southwest. Monsoons bring high winds, blowing dust and lots of rain to this part of the country. It also brings haboobs and some of the craziest lightning shows around.

A Haboob is a wall of blowing dust and they happen a lot in Arizona during the summer. They usually occur in the late afternoon and cause for some bad driving conditions. It is best to stay off the road when you know there is a chance for a haboob. You do not want to get caught driving on the freeway in one of these dust storms. 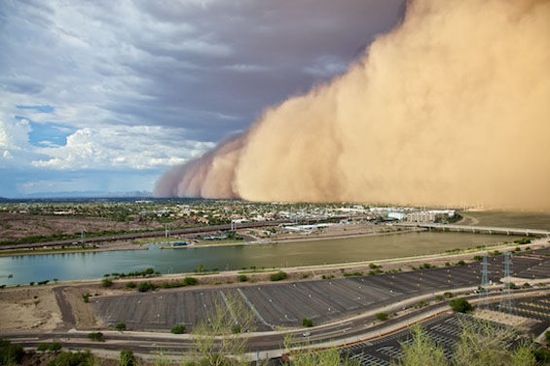 A haboob rolling into Phoenix, AZ. Courtesy of phoenixnewtimes.com.

It is still very hot out, but in the late afternoon it starts to get humid and muggy. The increased rainfall during monsoons can result in flash floods. There are always stories on the news about people getting stuck after downpours. The streets in Arizona are just not made to handle excessive rain. Plus, nearby dry washes can fill and become rivers in seconds. Arizona usually receives half of their annual precipitation during the summer months.

With rain also bring lightning and thunder. The lightning will cause down power lines and cut out electricity in some neighborhoods. It is important to be prepared and always have candles and flashlights handy. Never go outside when it is lightning out. I just heard on the news that a man in Arizona survived after getting struck by lightning the other night. 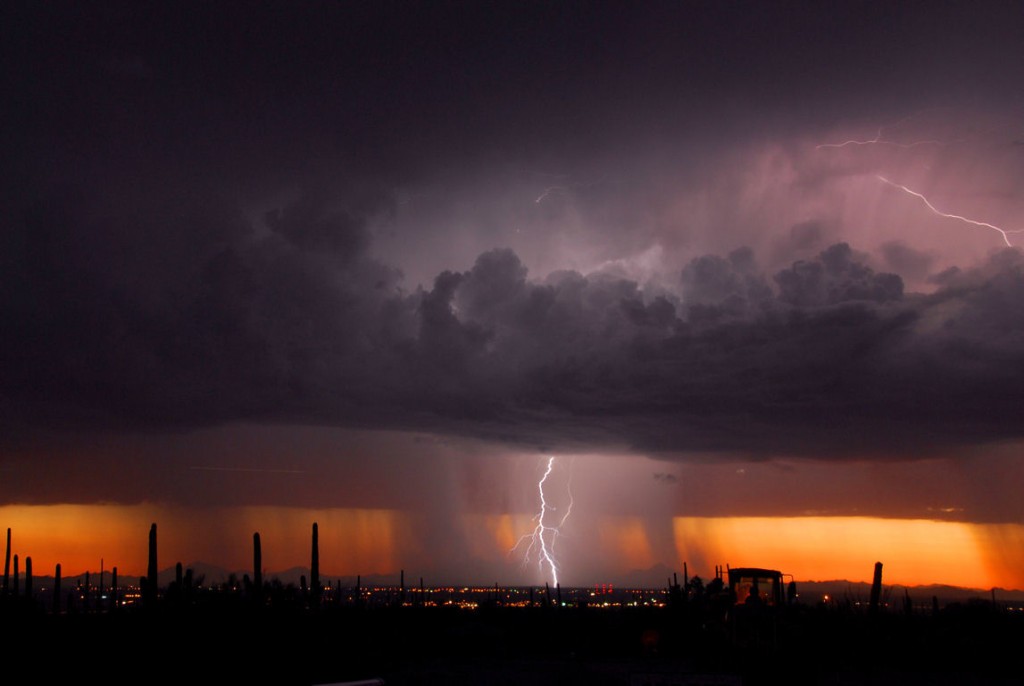 The storms usually start in July, but this year, Arizona actually saw some action at the end of June. The months leading up to July are usually very dry. The thunder clouds are fueled by the daytime heat, it builds up during the late afternoon and evening, but usually dissipate by late night. Monsoons usually last until September, but every year is a little different. The monsoons play a very important role bringing rainfall to manage wildfires. It helps to have moisture at the higher elevations.