So I’ve been really enjoying everything here, even though it’s freeeeezing! I’m not used to all this cold rain all the time; it’s hard to get used to. I think I’ve lost a fair bit of weight doing all this walking, even though the tube station isn’t really that far from me.  Besides museum hopping and beer drinking, I’ve also done a lot of London shopping.

Okay, so it’s a really REALLY bad idea if you’re going there on a limited budget and decide you want to revamp your wardrobe, but I did find some Forever 21-kind of stores which are decently affordable, even with the doubled price tag.

Sizing is also different over there, I am usually a size 4 or 6 but when I go over there I’m an 8 or 10! Holy cow, right? At least when you buy shoes they’re smaller than what you’d usually get.  Here’s a little diagram of their clothing sizes 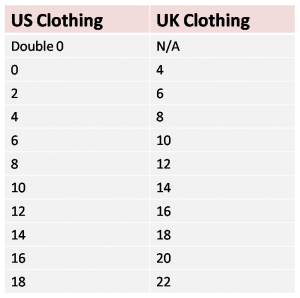 I live right by Zara, which we don’t have too many of in America, the clothes there fit SMALL, so just giving you a heads up! A lot of this stuff is kind of upscale, a bit expensive, but also really chic-looking, not your cheapo trend stuff. I would only buy something in here if I really really had to have it, because it is rather pricey, but then again, it is also quality.

Just down the way at Zara.

Next to Zara is Top Shop, which is getting more popular in America, but it’s still that quintessential hip spot in the UK.  It’s pretty much a notch or two above H&M, it’s more expensive, and it’s less trendy and cheap as some of your usual mall stores.  They do give a student discount, so make sure to mention it, although some stores might require one of those student passes that you need to apply for and etc, but I got mine with no problem. 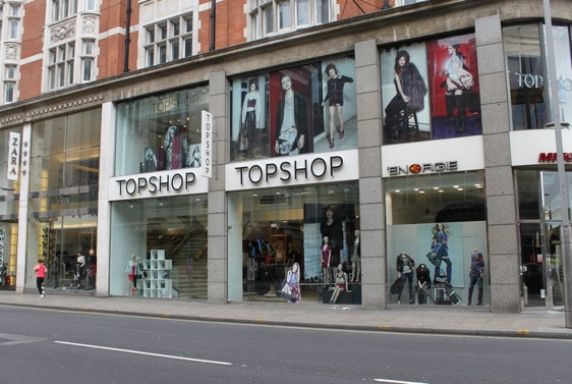 Next on my list, is Primark, which is super cheap, but it’s also a total mess. People there go absolutely bananas because it’s so cheap. I bought sunglasses for one pound! That’s just under $2 USD!  It’s kind of like what happens on black Friday when you go during the weekends, so If you’re going to go to Primark, make sure you go during the ‘off’ times to avoid the cluster#$%& that is shoppers. 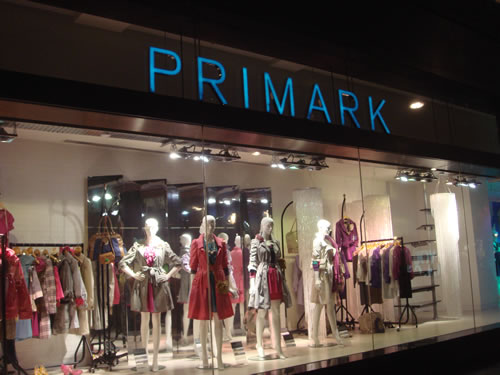 Primark has something for everyone.