There are thousands of towns across the country and it is heard to believe what some of them are named. There are plenty of towns that have some silly names, but these might take the cake. 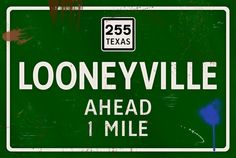 Looneyville in Texas is a farming community that was found during the Civil War. The town is actually named after John Looney who opened a store there in the 1870s. During the Great Depression, only forty people lived in small rural town and in the 1990s, the last store was destroyed in a fire. There is also a Looneyville in West Virginia. 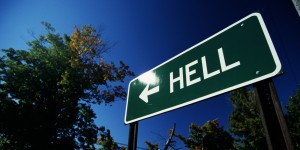 The city in Michigan is named Hell for a reason. It is home to a grain mill and produced moonshine. Since many of the men would wander off drunk, when asked where they went, the wives would say he’s gone to hell. So the owner of the mill thought it would be appropriate to officially name the town Hell. And I hear it us for sale. 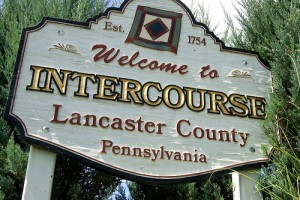 Intercourse is in Amish Country in Pennsylvania. Yes it is true! It was named Intercourse back when the term was used often to mean fellowship. The town gets their signs stolen quite often and it was even the location of a Harrison Ford movie. 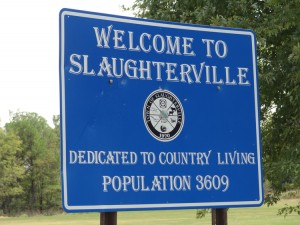 Slaughterville is a tiny town in Oklahoma that is named after James Slaughter who was a grocery store owner. PETA protested in the town to try to get them to chance their name to Veggieville. In return, Peta promised they would donate $20,000 in veggie burgers to the local school district. Since the town doesn’t even have a school district, they rejected the offer.