Hundreds of Frozen fans had their dream come to true recently. Disney’s Frozen Cruise just completed its first ever voyage. The themed cruise went all out for fans giving them the ultimate Frozen experience. 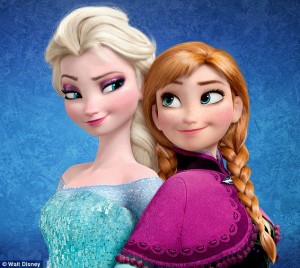 Frozen is one of Disney’s biggest movies and little girls and boys, even adults everywhere have fallen in love with the characters and the film. There has been attractions popping up everywhere and this is one of Disney’s latest and coolest Frozen-themed attractions. The movie has remained very popular since its release a couple years ago. Even last Halloween, it seemed like every little girl dressed up as Ana or Elsa. Fans everywhere are all just waiting for the sequel.

In the meantime, fans were able to take a 7-day cruise filled with everything Frozen. The best part is the cruise took place in the characters hometown of Norway. Anna, Elsa, Kristoff and Olaf were all on board too. The cruise left Denmark and sailed to the Southwest Coast of Norway. The cruise made a lot of great stops along the way and guests could visit tons of famous spots in Norway like museums and famous landmarks.

Of course, there was a ton of snow affects and Frozen-themed attractions for the whole family. They played multiple screenings of the movie and there were special stage shows and parties on the deck. One of the biggest performances was on the last night of the cruise; there was a performance of Let It Go on the deck of the ship. It really was a huge production and everyone loved it.

Guests had the chance to meet the characters and pose with them for photos. It was a great time for the kids to really get to interact with their favorite character. These kids really love these characters and to be able to meet them in person is so exciting to them. It really is a good idea to have a Frozen cruise. Disney has been known to have some awesome cruises. And this magical Frozen cruise doesn’t disappoint.