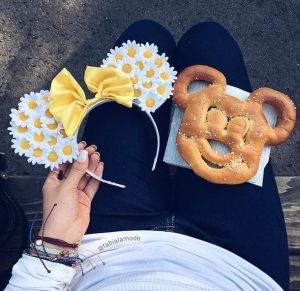 I am a Disney fan, and love Disney Parks, I haven’t been to them all yet, but it is on my bucket list though to tick them all off. I have been to both here in the US, luckily Walt Disney World (WDW) is not a long flight away for me and when I’ve been on the West Coast I’ve snuck in a day trip to Disneyland in Anaheim.

WDW is far bigger than I ever imagined and the couple of days allocated was not long enough, especially visiting after I went to the original California park. I underestimated what there was to see in Orlando it’s so much bigger (still the biggest in the world).

For newbies I would suggest visiting California first, it’s a great taster as WDW in Orlando can be very intimidating because it’s bigger and busier and there is a lot to see and do at that park. California is better to do in a day or so and it is also quite special as it was the first park built. It opened in 1955, since then we have seen 5 more parks pop up around the world.

Walt Disney World in Orlando, Florida was the second park to open, it was always planned to be bigger than the first park, offering an entirely different experience.  For those travelling from outside the US you’re going to need at least a week, if not two, just because not only are there lots of parks but plenty to see in the surrounding area as well.

The next Park I really want to visit is Disneyland Paris, it’s the second park built outside of the US, after Tokyo and the first and only park built in Europe. This park is not as big as WDW, but there is plenty to see and do here over a long weekend and you’re only just a stone’s throw away from Paris as well. A great idea for a French getaway and a quick superfast train ride away on the Eurotunnel from the UK and London too.

The latest Park build by Disney is in Shanghai, it only opened this summer to much fanfare. Its again not one of the biggest parks but there are plans to make it bigger, I think it would be a good one to visit especially if I am in the region for work. Fun fact about this park is its castle is unlike any of the other parks, it’s the Enchanted Storybook Castle which is made up of element from all other Disney Castles in their stories and it’s also the biggest Disney Castle.

If you’re not sure which park to visit, My Voucher Code created this infographic which goes into detail about each park, with some helpful facts and figures including basic costs.