If you are looking for a perfect European getaway during your next vacation – look no further! Although often overlooked by its western neighbors, Bucharest is increasingly becoming the ideal holiday destination for both foreigners and locals alike.

The city’s rich yet turbulent history has produced some of the most incredible architectural designs as well as captivating myths surrounding its users and benefactors. Its wide range of fun indoor and outdoor activities has made it a magnet for stags eager to celebrate their last single days like kings.

Apart from being a capital of stag do activities, there are endless hidden gems scattered across the city for you to explore the moment you stray from the bustling main streets. If you a planning a holiday trip to Bucharest, here are some exciting places and activities you should definitely check out. 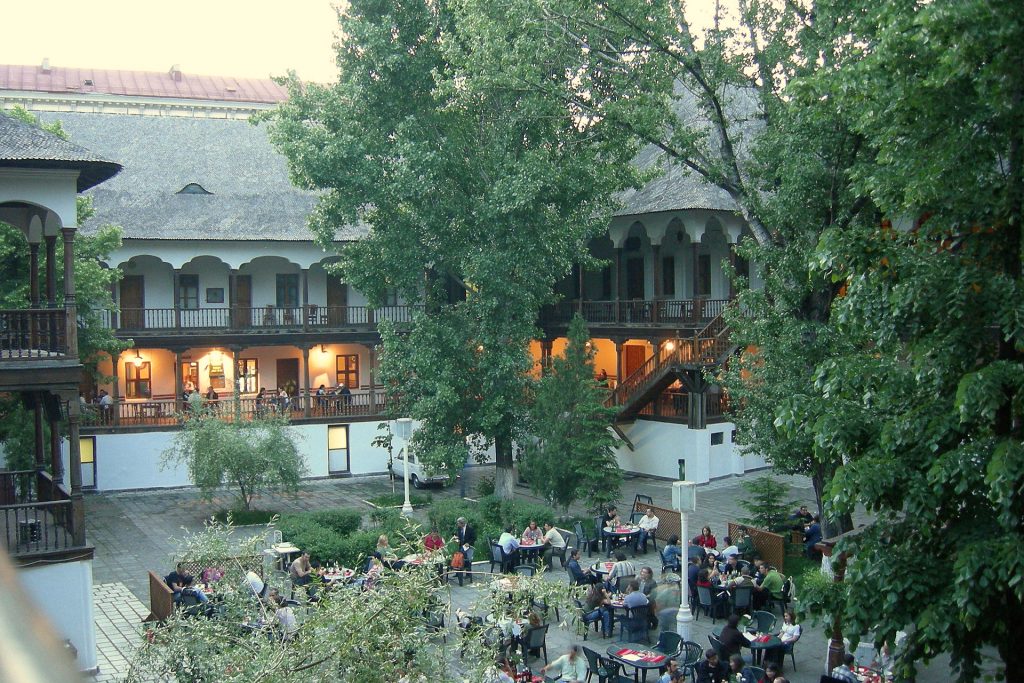 Hanul Manuc is arguably the oldest operating hotel in Bucharest. Built by the American entrepreneur, Emanuel Mârzaian, the hotel was typically a pit stop for caravans on one of their trade routes. Throughout its history, this hotel has hosted several important events, from folklore performances to signing the peace treaty back in 1812 to end the Russo-Turkish war.

The smell of the traditional Romania cuisine prepared at the restaurant is just mouth-watering. Some of the delicious dishes on the menu include mititei, jumari, and tripe soup. Visitors are also treated with live entertainment and music in the evening hours to really set the mood and get the wine pouring. 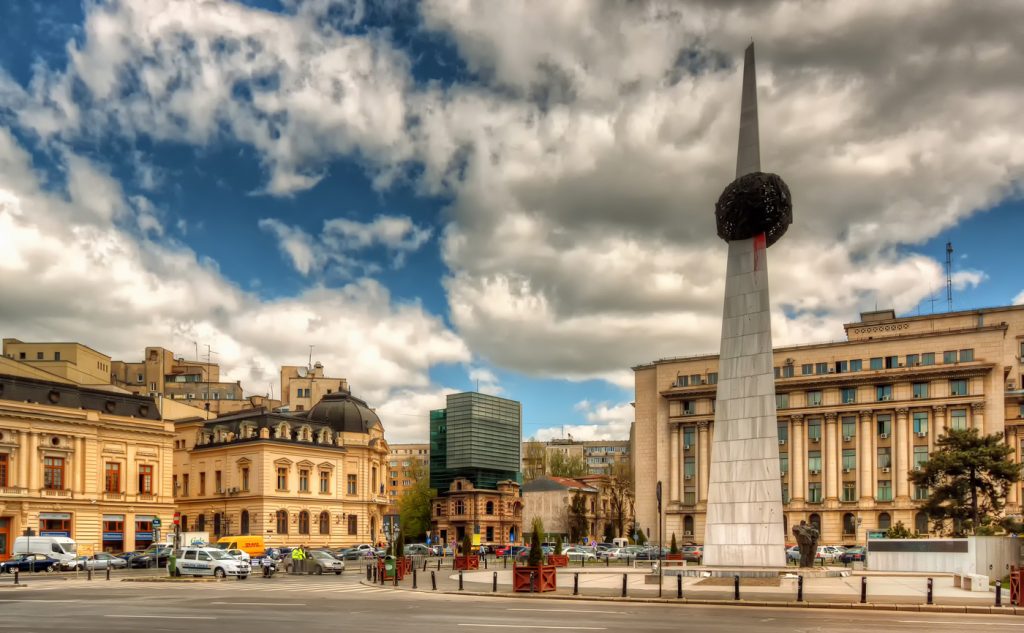 The Memorial of Rebirth, erected in 2005 at the Bucharest City Hall to commemorate the victims of the revolution of 1989 remains as one of the world’s most bizarre monuments. The statue’s odd design sparked a great deal of controversy with some nicknaming it “olive on a toothpick” or “potato on a stick”. The centerpiece of the monument attracts the most attention. It features a 3-sided white obelisk with statues at the base representing the spirit of the people who fought against the dictator regime of Nicolae Ceaușescu and for freedom and democracy. The nest-like structure symbolizes the martyr’s sacrifices.

A visit to beautiful Romanian bookstores 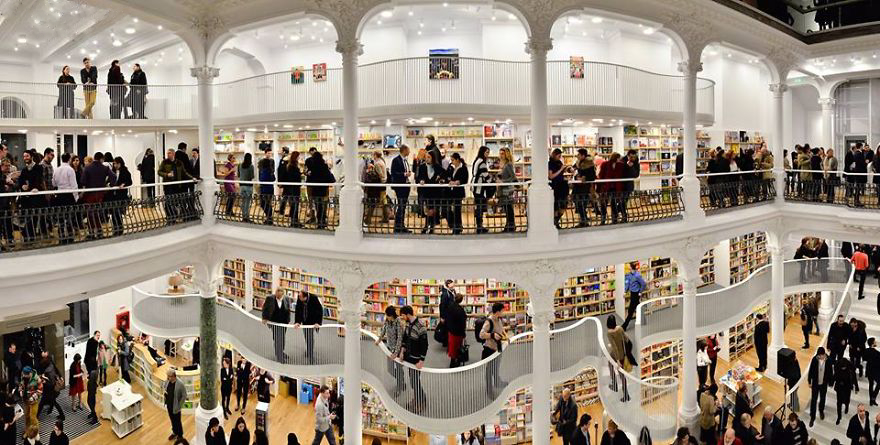 If you fancy reading books during your vacation, then Bucharest will amaze you with its ample collection of libraries and the significant number of avid readers. Even with e-books and online sources threatening the hard-copy business, this city is home to adorable bookstores well worth your attention.

Carturesti Carusel is Bucharest’s most famous bookstore tucked perfectly into its historic building that dates back to the 19th century. The store spreads over six floors and offers a serene environment for research and hobby reading. The Humanitas Cişmigiu bookstore should also be your checkpoint as it features interesting wall paintings and UFO-shaped chandeliers.

A chance to tour the worlds heaviest building 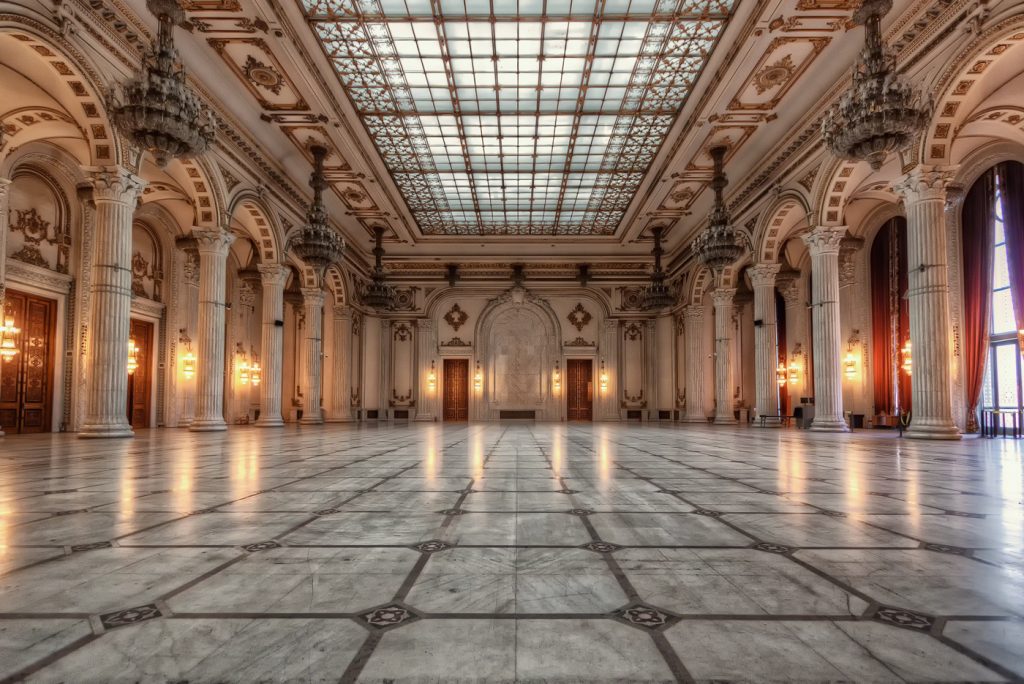 The Palace of Parliament in Bucharest is among the most controversial structures in Romania as well as the Guinness’s Book world record holder as the heaviest structure on earth. It’s also the second largest administrative building after the Pentagon. Due to its massive size, this building is usually referred to as an architectural beast.

The building consumed approximately 40% of Romanian’s gross domestic products that almost depleted the country’s natural resources such as pink marbles, crystals, bronze, and steel. Interestingly enough, it took over 600 architects and engineers to design it, and it was built for five years by 20,000 laborers, working day and night shifts. The site remains to be one of the most visited places in Bucharest to date and a reminder of the nation’s oppressive communist days. 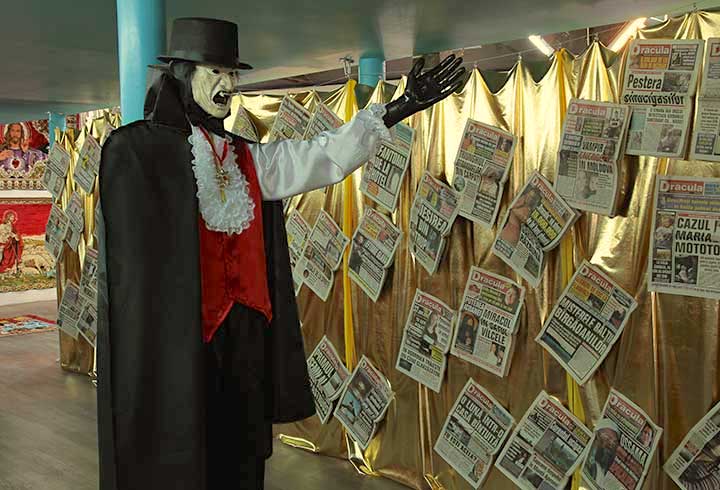 The Kitsch Museum is one of Bucharest’s hidden gems that won’t leave you indifferent when you exit its doors. This museum showcases over 215 exhibits of Romanian kitsch items, “failed art”, and cheesy artifacts. Most of these exhibits highlight the Romanian culture and tradition so don’t be surprised when you stumble upon a full-sized Dracula, a TV set with flickering flames, or a statue of a naked man covered in fifty lei notes. Although some of the exhibits have sparked controversies and even caused offenses, some people still find them quite fascinating to behold.

Inaugurated in 1936, Herastrau Park is the largest park in Bucharest, and it spreads over 187 hectares. The park is ever-busy with multiple outdoor activities to keep you engaged. Also, its extensive area prevents it from getting too crowded so you can always find a peaceful spot to relax and meditate.

The Herastrau Lake, which is part of the park, allows for boat riding, water sports, and controlled sports fishing. Fishing at the lake is, however, phenomenally expensive given that you will have to part ways with 50 lei to have a go. Alternatively, you can enjoy bike riding. There are various rental shops where you can rent bikes at a reasonable price and if you get hungry, there are iconic restaurants nearby where you can get that belly full with savory Romanian dishes.

The amazing thing about Bucharest is how it slowly reveals itself to the adventurous souls. Whether you are looking for an ideal stag do destination filled with thrilling experiences or merely desire a suitable destination for a peaceful family vacation, Bucharest has it all. Book your plane tickets today and prepare to be amazed by this city’s historic charm, unyielding character, and vibrant nightlife.