Cat cafes are becoming the new thing and they have even started popping up in the United States. They tend to be more popular overseas but now it is becoming a trend throughout the world. So what exactly is a cat face? Well you have to like cats to go and enjoy this place. It is a coffee house that is cat themed with actual cats to watch, play and mingle with.

The first cat cafe opened in 1998 in Taiwan and called Cat Flower Garden. It became a huge tourist destination from people all over the world. People liked the idea and it took off in Japan. More cat cafes started popping up all over Japan in the early 2000s and the idea has continued to grow and is still very popular.

Tokyo has like 29 cat cafes and the cats at these places are all treated like royalty. A lot of apartments forbid pets in Japan, so it is a way for people in the area to be able to interact with cats. It also helps the cats have a place to escape to so they are not outside all alone in a stressful environment. The cats get a lot of attention and are the stars of the cafes. There are some cafes that focus on certain breeds or types of cats like black cats or ex-stray cats (like a rescue). The money the cafes earn selling things help take care of the cats. There are strict rules so the café can maintain a clean and safe place. Most of the cafes are Set up and organized really well. 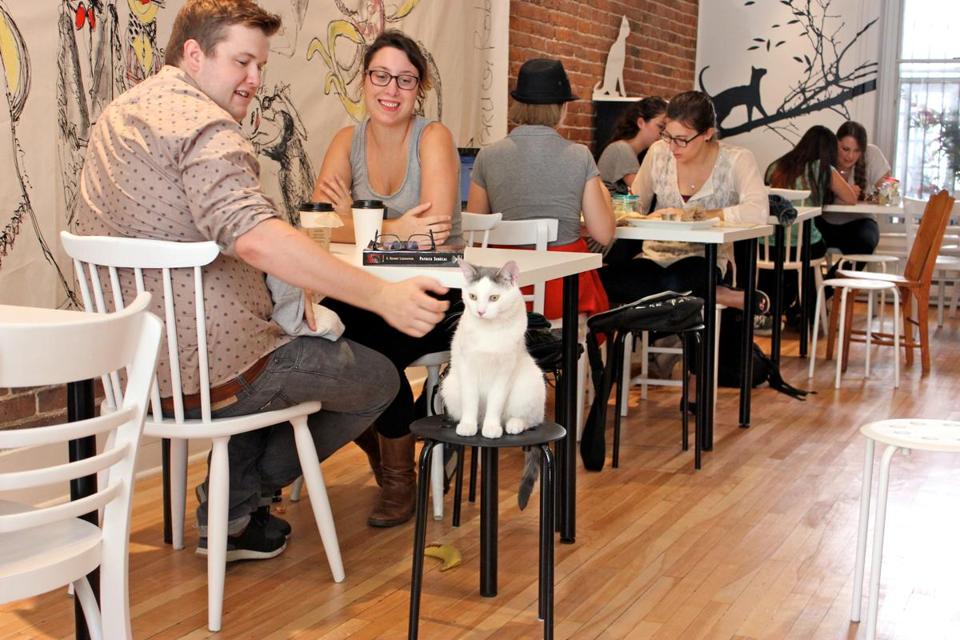 In 2014, a cat cafe opened in Oakland, California. The Cat Town Café, a coffee shop and adoption center, has taken Northern California by storm. Other cities have opened cat cafes are Denver, New York, Portland and cities in Florida. A new one in Washington just opened and is partnered with the Humane Society, which is incredible. The adoption center and café, Crumbs and Whiskers, have about 15-25 cats at a time up for adoption.