A new amusement park, also being called a bemusement park, is a creepy spin on what many call the happiest place on Earth, also known as Disneyland. Dismaland is a new art exhibit in south-west England that displays some interesting and terrifying art from famous artist Banksy.

The new park is very dark and even the workers get into character. Guests are greeted at the front gate by a greeter who seems like all life has been sucked out of them, but they still manage to wearing Mickey Mouse ears. 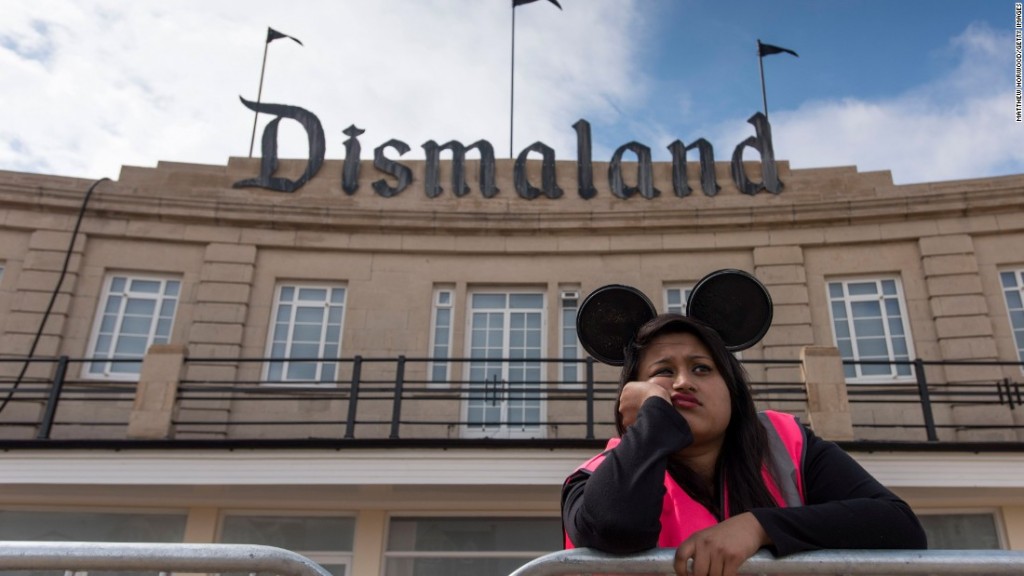 Before visitors can get through the gates, testy security guards harass them. There is also a sign at the front that says lawyers, spray paint, marker pens and knives are banned. These are just a few of many ways the artist takes a jab at the corporate world. After guests enter the gates, a giant creepy castle that sits in dirty water next to a crashed police van welcomes them.

The photos really tell it all. The warped version of Disneyland is full of crazy things like a crash scene of Cinderella’s coach. There is also a ferris wheel and rides that include visitors navigating boats in water surrounded by floating bodies. Three different galleries are on display that includes pieces from Banksy, Damien Hirst, Jenny Holzer and more. Over 50 artists from 17 different countries contribute to the exhibit. 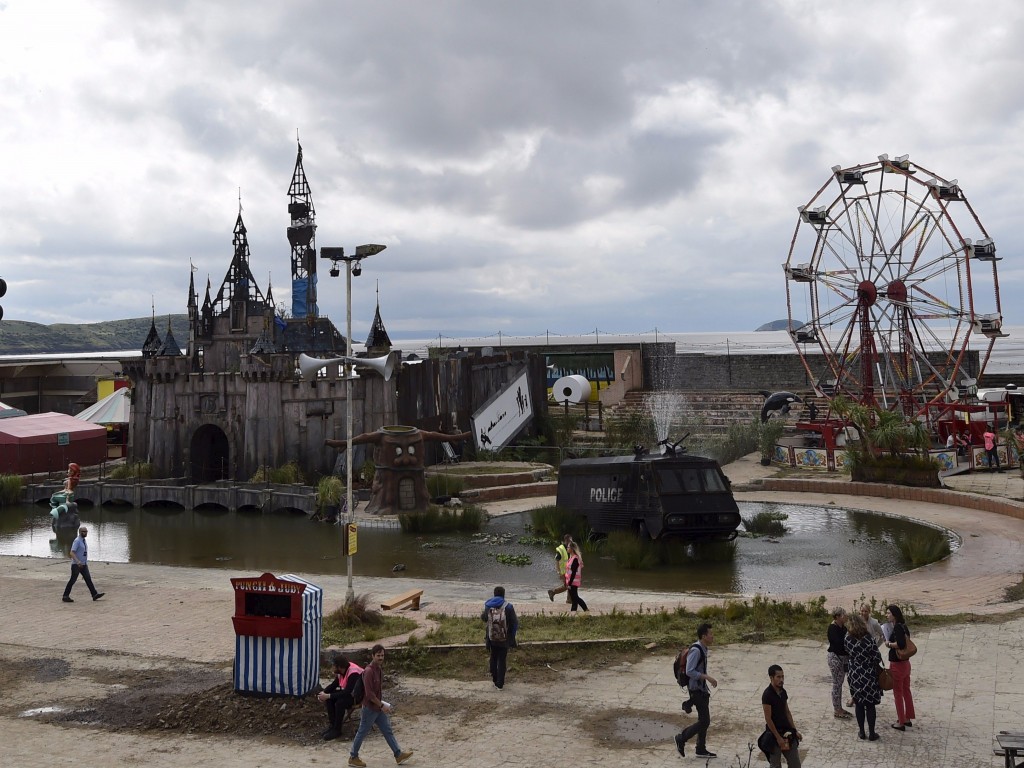 The exhibit opened on August 22nd and only 4,000 tickets are allowed to be sold each day. Tickets are only $5 bucks, so tickets are expected to see out fast. This park is obviously not for everyone. But it is expected to be a huge hit. If you are in London and like the creepy side of things, this is an exhibit you cannot miss.